BYOB Restaurants Can Now Charge Corkage Fees, But Will They?

After years of being told by the city not to do it, Bring Your Own Bottle restaurants in Chicago can, in fact, charge customers a corkage fee, potentially opening up a new cost for diners.

WBEZ 91.5-FM reported Monday that for years the Department of Business Affairs and Consumer Protection had been enforcing a rule against BYOBs charging corkage fees without a liquor license — only to recently discover there was no such city ordinance.

“Unfortunately, we had it wrong on our website in a couple of places,” allowed Business Affairs spokeswoman Mika Stambaugh.

WBEZ reported that the city wasn’t issuing fines, but had been dissuading BYOBs without a liquor license from charging corkage fees.

On one level, the distinction between BYOBs and liquor-license restaurants made common sense. A high-end restaurant might allow a customer to bring in a specialty wine for a certain meal — but charge $50 or $75 for the privilege, and for the lost income on the restaurant’s own wine offerings. BYOBs that didn’t offer liquor had less to lose and less solid footing to stand on in staking a claim to corkage fees.

Now, in vowing to no longer enforce the non-existent ordinance, the city has suddenly thrown open the door to BYOBs charging a corkage fee — typically a nominal charge added for opening a bottle of wine or beer at the table, in an attempt to recoup some of the money lost in unsold drinks.

“It’s super-clear,” Stambaugh said. The law allows corkage fees at any BYOBs, without restrictions, so “there is no issue here.”

Aldermen have tended to agree, defending BYOBs against regulation under the idea that “if it ain’t broke, don’t fix it.” Two years ago, the City Council passed new restrictions on businesses like nail salons and barbershops that allow BYOB, but specifically exempted restaurants.

“I think it’s been working so far. People understand they can be charged to bring something into the premises,” said Ald. George Cardenas (12th) after a City Council committee meeting Tuesday. “I see it as a service to the patron. I would leave it as such. We tend to overregulate every little thing. I just don’t think it’s necessary.” 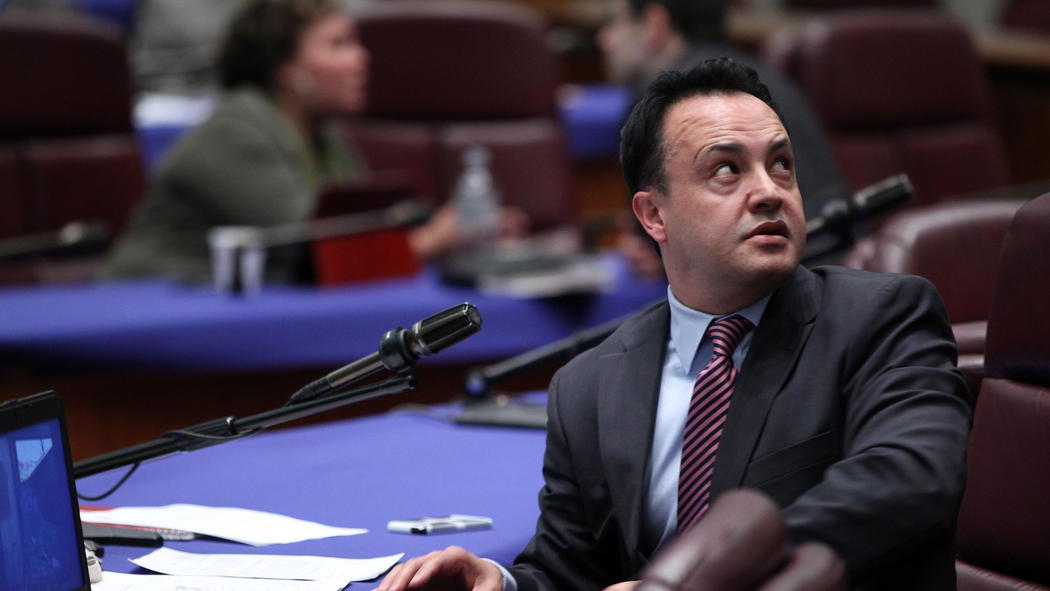 Others on the Council feel a little certainty is required.

“I think it needs to be clarified,” said Ald. Harry Osterman (48th), whose ward includes the popular Cookies and Carnitas, 5757 N. Broadway.

“BYOBs have helped communities,” Osterman added, and often serve as a stepping stone in new restaurants establishing themselves. “They start as BYOBs. They’re successful for a couple years, and then ultimately they’ll apply for their own liquor license,” he said — a course followed by Ethiopian Diamond, 6120 N. Broadway, to name just one.

The city should be “making sure the business entities know what the laws are,” Osterman said. “All they want is some certainty with city and state regulations.”

“I would think that the Council should take a vote on it and determine what exactly is behind it,” he said. “What is the law?”

Aldermen could find themselves taking on other BYOB issues as well. Ald. Tom Tunney (44th), owner of the Ann Sather restaurants, recently admitted on the Council floor he thought BYOBs were subject to having mandatory dram-shop insurance, only to be told by the Law Department that no such law exists.

While acknowledging some past confusion, Stambaugh pointed to stories showing corkage fees were granted as being legal and cheering restaurants that didn’t impose the fees. She was adamant that the current BYOB laws are sufficient and don’t need to be updated, but aldermen may decide otherwise in the weeks ahead, depending on how the sudden release of corkage fees plays out with diners and restaurateurs.