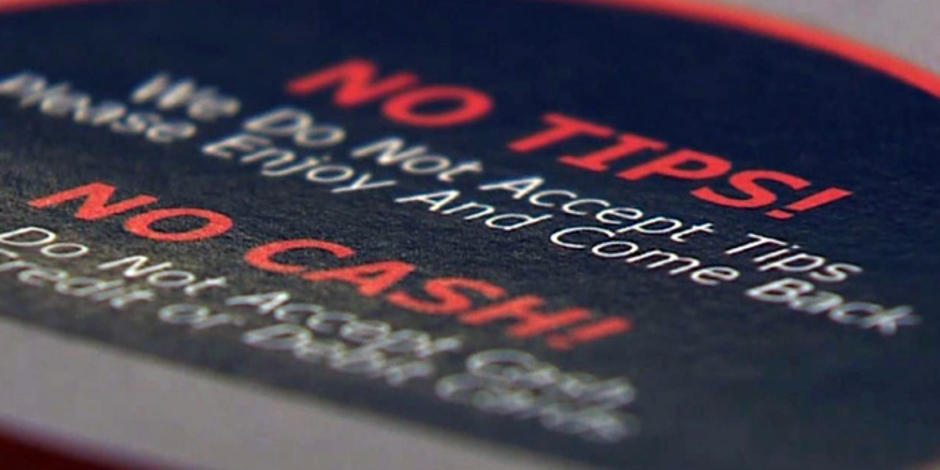 There aren’t many issues on which edgy Momofuku chef/owner David Chang and a Koch brothers-funded conservative think tank would see eye-to-eye. But the no-tipping movement is one of them. Both voice concern that changes to waitstaff compensation schemes triggered by $15 an hour minimum wage mandates could have a detrimental effect on restaurant economics, particularly at mid-sized operations.

The outspoken Chang made his remarks in an hour-long podcast downloadable here: The content is also summarized on Eater.

Chang has nearly 1,000 employees on the payroll across his Momofuku empire. He has banned tipping at just one of his restaurants, the new Nishi in Manhattan, setting menu prices high and paying hourly rates that translate to a living wage for both the front and back of the house.

He’s of two minds about the value of no-tip schemes and $15 an hour minimum wage mandates.

“Socially and politically I’m pretty damn liberal,” he says. “Socially—I wouldn’t say I’m a socialist but I’m behind everything we’re doing, what the government’s doing (raising the minimum wage) I would also want. But as a business owner, it doesn’t make any f***ing sense….It’s painting us in a corner and there’s no room to grow.

“The $15 minimum wage in New York, 100 percent behind that. But…I don’t know how they’re making this calculation. I’m afraid of what’s going to happen. A good fine dining restaurant could do like two to five percent margins, fast food 10 to 20 percent. So, anything over 10 percent is a good year…the wages are going to really cut into the margins.”

Many restaurants could wind up struggling.

“My fear is the medium-sized restaurant, from 50 to 75 seats. It’s just too hard to run, we might see the extinction of it. That could be a result of labor. You need a certain number of people to run a restaurant. I don’t know if the numbers are going to work.

His prediction: “The next two years are going to be very, very telling of the future of the culinary industry,” he says. “The no-tipping is great, but I’m still reserving my judgment until I see it work. Right now I think it works for a certain kind of restaurant. I don’t know if it works for all restaurants.”

Dallas-based National Center for Policy Analysis (NCPA), supported in part by the Koch brothers, shares Chang’s skepticism. Its recent report, “Should Tipping Be Abolished?,” examines the forces at play in the no-tip movement and sees trouble ahead for many restaurant businesses.

“The arguments for replacing tipping with a higher minimum wage fail on both factual and theoretical grounds, at least for casual, sit-down restaurants, which have been identified as a target of laws that abolish tipping,” writes author and senior NCPA fellow Richard McKenzie.

The report acknowledges the need for a more equitable compensation scheme in restaurants. But it concludes that mandates aren’t the way to get one.

“Overall, the various arguments labor advocates make for abolishing tipping are probably well-intended, with the welfare of servers at heart,” McKenzie points out. “The arguments certainly sound good, but they are divorced from the key economic realities of the server-labor and restaurant market economics they have highlighted. While some restaurants might find that a ‘hospitality included’ pricing plan works best for them, it will not necessarily work for others.

“The evidence indicates that eliminating tipping will lower servers’ incentives to provide quality service, which suggests that not only will customers’ experiences suffer, restaurants’ costs of monitoring servers will increase, potentially undercutting the incomes of both servers and owners.”

The NCPA report primarily revisits material that has already come to light elsewhere. However, the think tank did some original research of its own, and the data is enlightening.

“An informal survey of 40 servers in moderately priced sit-down restaurants (on par with Applebee’s) was conducted in California’s Orange County. The servers were asked what hourly wage rate would they need to voluntarily forgo their current minimum wage and all tips. The hourly pay rate given ranged from $18 to $50, with a median hourly rate of $30. All the servers were quick to assert that if tipping were replaced by a fixed hourly rate of pay, service would suffer significantly, at least on average.”

Service could deteriorate in a number of ways. Among them: Servers in a no-tip situation may not tolerate fussy or otherwise problematic customers as they once might have. Vigorous upselling of check-building extras could come to a halt. And why push to turn tables during busy times when all it means is more work for the server for the same money? The net effect could be that the server’s job could get easier, but the restaurant manager’s job could get a lot tougher.

Server turnover rates could climb, too. The report cites the experience of San Francisco restaurants Bar Agricole and Trou Normand, which eliminated tipping in 2015, only to reverse course 10 months later. During the no-tip experiment, menu prices rose 20 percent, with the proceeds used to increase the hourly wages for cooks and servers.

“Servers experienced an hourly wage drop from a range of $35-$45 to $20-$35,” the report notes. “Seventy percent of servers quit while the no-tip policy was in place.”

Thad Ogler, who owns these two restaurants, told media outlets that “we were spending a lot of time and energy hiring and training, and rehiring and training. We were hoping more restaurants would switch [to no tip] but, for now, it’s been impossible to compete with more traditional places in keeping front of the house staff who prefer the control and upside of the tip system.”

The sample size is small so far, but it appears that not all servers favor a no-tip policy. Keep this in mind while pondering whether such a system would solve problems or just create new ones for your restaurant. 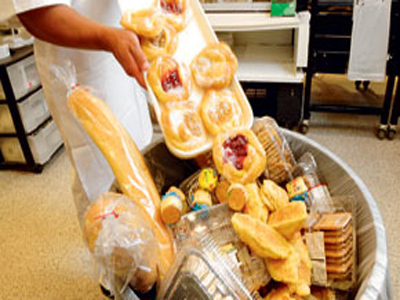 While the commodities outlook for the industry is projected to remain largely favorable throughout 2016, foodservice operators working on extremely thin profit margins must continue to carefully monitor their food costs.

For several years menumakers have struggled with soaring commodity prices fueled by international demand, a weak dollar and a lengthy drought which among other things helped drive beef to historically high levels. The price of eggs, turkey and, to a lesser extent, chicken also was impacted by an outbreak of the avian flu.

Last year, however, the commodities outlook began to brighten, driven by rebounding feed crops, the slow but steady growth of herds and the rebuilding of stocks by poultry breeders. As a result, operators across the industry began to breathe a collective sigh of relief.

“Not surprisingly, concerns about food cost moved down the list,” he says.

While commodities like fresh produce and butter remain costly, prices are generally down from their previous highs — the market has seen double-digit declines in the wholesale prices of beef and pork, Riehle says. “Operators can expect a deflationary environment for wholesale food prices.”

Nevertheless, with pre-tax sales margins for the industry running only about 4 percent, according to the NRA, operators must keep a close watch on food costs which when combined with labor costs, account for about one-third of the sales dollar. “It comes down to measuring pennies on a daily basis,” Riehle says.

As a result, experts advise operators to remain careful in their day-to-day approach to maintaining a viable food cost. Some suggestions include:

1. Maintain a good actual-to-theoretical food cost. Dennis Lombardi, president of Insight Dynamics, a Columbus, Ohio, restaurant advisory service, recommends that operators inventory all recipes, and monitor what is actually being used compared to what the recipe calls for. “The more it’s a scratch made kitchen, the bigger the disparity tends to be,” Lombardi says.

2. Take advantage of favorable commodity prices. Fred LeFranc, chief executive and president of Results Thru Strategy, a consultancy in Charlotte, N.C., suggests purchasing food items that are bargains and offering them in the form of specials or LTOs. If the selection proves to be popular and costs remain favorable, consider transitioning it over to a permanent item, he says.

3. Employ menu engineering. Strategically place the most profitable items on the menu so the customer is more likely to order them, says Dale Miller of Master Chef Consulting Group in Clifton Park, N.Y. “Normally, the top two items and the bottom item in each category are the items most ordered by customers. Boxing a profitable item can also increase sales.”

4. Train staff to monitor portion control. LeFranc says to train the back- and front-of-the-house staff not to over-portion. That is a common way to increase food costs, he says. Teach employees that your menu is priced to both ensure your guests are satisfied and that you can make a reasonable profit.

5. Source strategically. The bigger your operation is, the more leverage you have to negotiate prices, Lombardi says. Smaller and medium-sized operations might consider joining a co-op to help leverage their buying power.

6. Use food products that are in season. Miller says food that is in season often tends to be less expensive than out-of-season items, so it’s a smart move to bring seasonality to your menu.

7. Find ways to use underutilized food products. Less popular cuts of meat and other food items tend to be priced lower when compared to more popular foods, Miller says. He also recommends that menu items be simplified wherever possible.

8. Conduct competitive price comparisons. Once the deliveries have arrived, check your vendor invoices to make certain you’re writing a check for the amount that was promised.

10. Control your inventory. Having too much inventory on hand can drive up your food cost. An inventory that is too large can lead to food spoilage, experts say, and it also makes it harder to detect food when it is missing though shrinkage. Savvy operators know to source products that can be used in multiple preparations which can help simplify the menu and reduce the number of items that must be inventoried. In addition, make certain all foods are properly rotated which also helps to minimize food spoilage.

11. Balance your menu. Make certain you are menuing the right mixture of low and high cost food items.

Even as food costs continue to decline, other operational costs may remain problematic. Consequently, it makes sound financial sense for operators to not let down their guard, experts say.

“With rising labor, healthcare and insurance costs, it is more important than ever to keep food costs in line,” Miller says. “It will be critical to constantly monitor the numbers in order to maintain the bottom line and ensure profitability. Not doing so can result in the loss of jobs through business failure or from thinning the staff in order to maintain profitability.