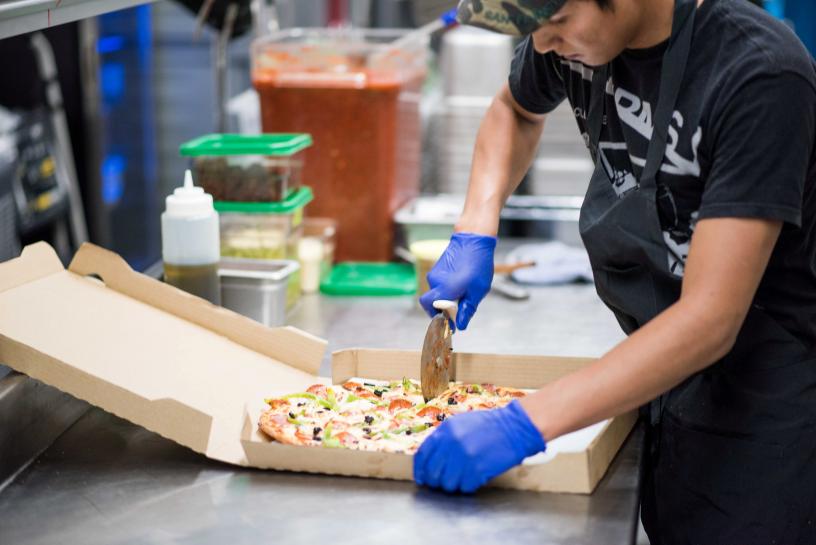 LOS ANGELES (Reuters) – After helping customers bypass dining rooms, food delivery company DoorDash is giving chefs the option to do the same with delivery-only “virtual” restaurants run out of its new commissary in Silicon Valley.

Bay Area restaurateur Ben Seabury, who wanted to test the delivery-only concept as well as demand for his upscale “The Star” pizzeria concept in San Jose, California, was first to sign up. He took one of the four kitchens in DoorDash’s new 2,000-square-food commissary that opened earlier this month.

The launch of DoorDash Kitchens comes as restaurants are experimenting with ways to cut costs on labor and rent while adapting to fast-changing consumer tastes and demands in a highly competitive market.

“I jumped at the opportunity to kill two birds with one stone,” said Seabury. Privately held DoorDash will exclusively deliver his food from the commissary, where rent is based on a percentage of gross sales.

“The landscape of dining in America is changing,” said Seabury, whose portfolio includes six traditional restaurants that are on pace to do $18 million in sales this year. Delivery accounts for about 20 percent of his overall restaurant business.

DoorDash Kitchens is also an option for restaurants looking to open overflow kitchens for delivery or catering, said Broderick McClinton, general manager of DoorDash for Business.

Restaurant Rivals Aren’t Who You Think They Are

The already heated competition for butts in seats in the independent restaurant industry is about to get hotter. But the biggest threat to market share comes not from the restaurant down the street, but from outside the industry.

Restaurant operators may soon see themselves losing guests to the local grocery store offering cooked-to-order meals and table-service, along with a full bar.

At the same time, the young-but-full-of-potential meal-kit industry is also out to steal diners from restaurants, offering quality and unique ready-to-cook-dishes — often at a lower price — directly to consumers where they live.

And there’s potential cross over between the two. Grocery stores are also beginning to offer meal kits to appeal to the growing number of consumers who don’t know how to cook, or don’t want to.

This year e-commerce giant Amazon bought the specialty grocery chain Whole Foods Market, a move that has sparked a wave of speculation about how Americans will be enjoying the home delivery of all manner of fresh ingredients and pre-prepped meals in future.

Behind both of these trends is a common theme: Time-starved diners across the country are looking for convenience.

Consumers want to eat well, but the pull of the couch at home is strong. The one-stop shopping of the “grocerant,” and the home-delivered ready-to-cook meal kit give diners two more reasons to skip the neighborhood bistro.

In the spirit of knowing one’s enemy, here’s a look at the growing threat from grocery stores and meal kits.

Grocery stores get into the restaurant business

For years, restaurants have had to compete with grocery stores, with their in-store delis, rotisserie chickens and salad bars.

Last year, however, eating meals outside the home surpassed those eaten at home, and the grocery industry felt the jolt of a shift in consumer behavior.

Seeing that shift, grocery stores are looking for ways to increase foot traffic and win that spending back. 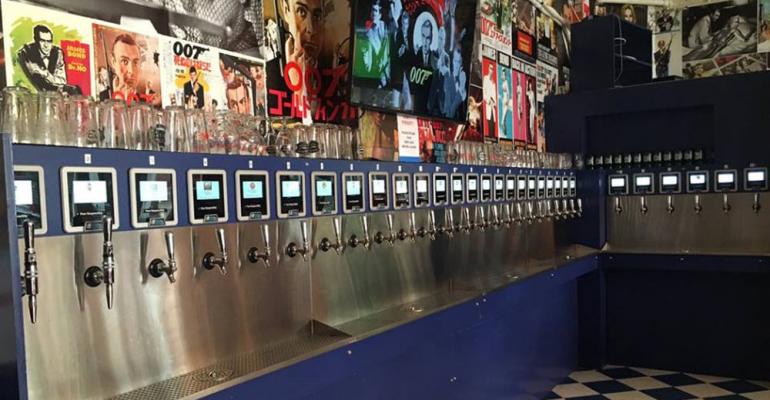 Today’s consumer loves convenience and new experiences, which is exactly what a self-serve beverage system delivers.

Access to a variety of alcoholic beverages when and where guests want them minus the wait time seems like a win-win for everyone. But is it right for your restaurant?

The average self-serve beverage system works like a vending machine with a loadable card or wristband.  Customers can either pre-pay, setting their own limit, or start a tab and pay at the end of their visit. A simple swipe of their wristband, or insert of their card, allows them to purchase beverages by the ounce — typically one, five or eight ounces at a time.

At JJ’s Wine Bar (above) in Franklin, Tenn., 28 different wines are available to self-pour by using a smart card. JJ’s co-owner Lisa Judd said in addition to trying wines they may not otherwise order from a wine list, guests using the self-serve system can take their time reading the wine descriptions and labels before making a decision.

“Guests can taste a very expensive wine, without committing to the entire bottle,” Judd said. “We’re able to offer three pour sizes: one ounce, five ounce and eight ounce; you won’t find that on most wine lists.”

More often than not, tipsters, readers, friends, and family of Eater have one question: Where should one eat right now? Restaurant obsessives want to know what’s new, what’s hot, which favorite chef just launched a sophomore effort. And while the Eater 38 is a crucial resource covering old standbys and neighborhood essentials across the city, it is not a chronicle of the “it” places of the moment. Thus, the staff offers the Eater Heatmap, which will change on a regular basis to always highlight where the crowds are flocking to at the moment.